pots, bronze bells. Our factory has 20 years of production experience, we have excellent design team and carving team to serve you. Every

craftsman in our factory has more than 10 years of experience in engraving production, so we can produce the products that every customer

needs with high efficiency and high quality. The copper carving products we produce are sold all over the world and in every overseas market,

and we Will insure for each product, to avoid your worries 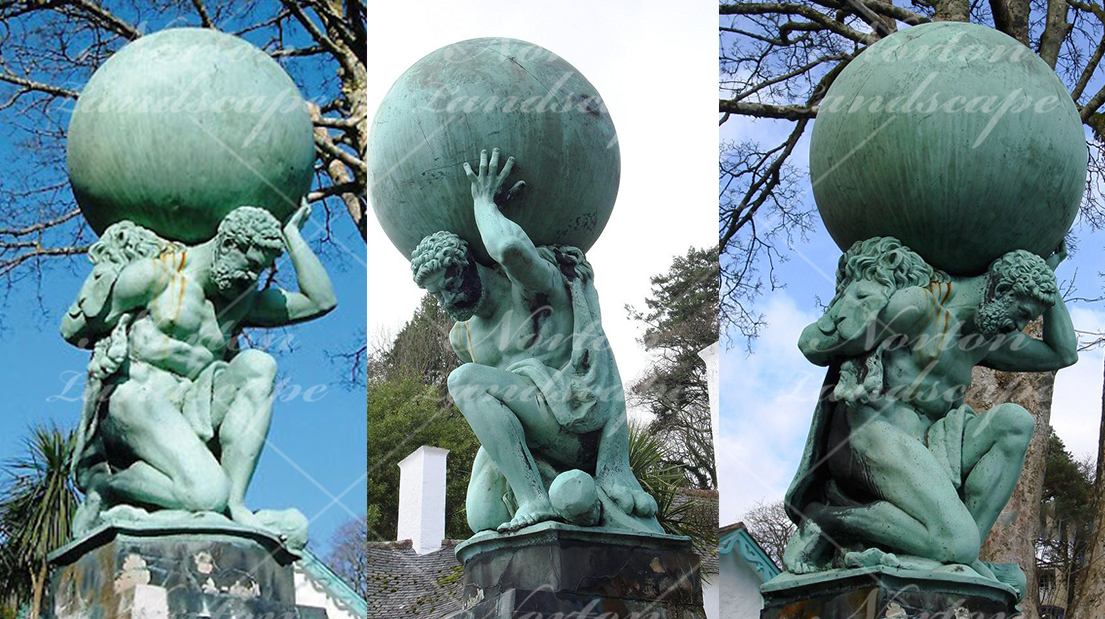 This statue is made of high-quality bronze material, strong and durable, and vividly carved.

The king of the ancient Greek gods was very angry with the giant Atlas.

He ordered Atlas to stand on the earth.

Atlas was standing on the back of a turtle carrying a heavy earth.

Atlas wanted to get rid of this drudgery,

When Hercules came to ask for his help,

Hercules wants to pick three golden apples in the orchard guarded by a dragon.

Atlas should: If Hercules is willing to carry the earth for him for a while,

When Atlas picked the golden apples, he let Hercules continue to carry the earth.

Hercules agreed, but asked Atlas when he went to find a shoulder pad,

Also carry the earth for him for a while.

When Atlas first raised the earth on his shoulders,

Hercules picked up a few golden apples and ran away. I have never been here.

Atlas will always stand there carrying the earth, unable to get away.

This is part of the clay sculpture produced by our factory 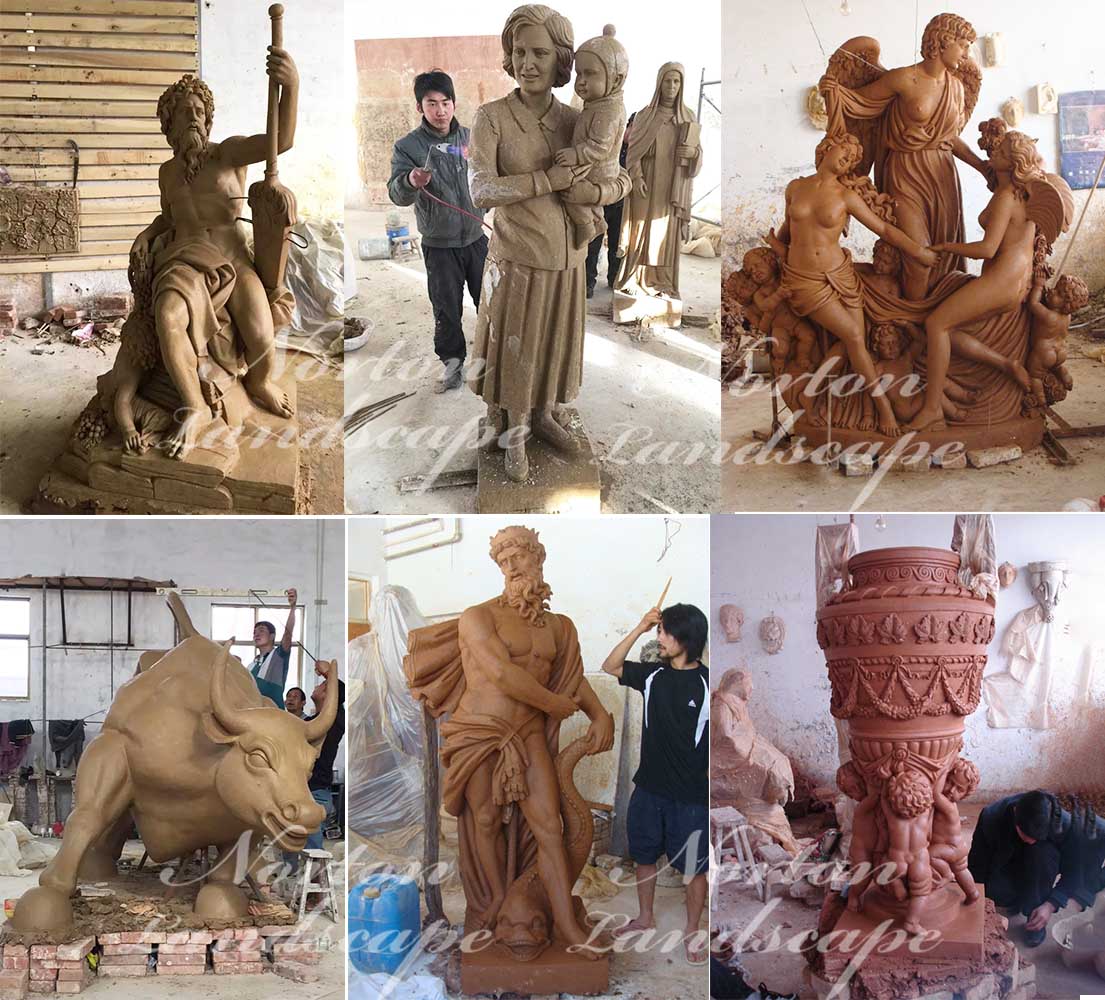 Comparison of clay products and finished products produced by our factory 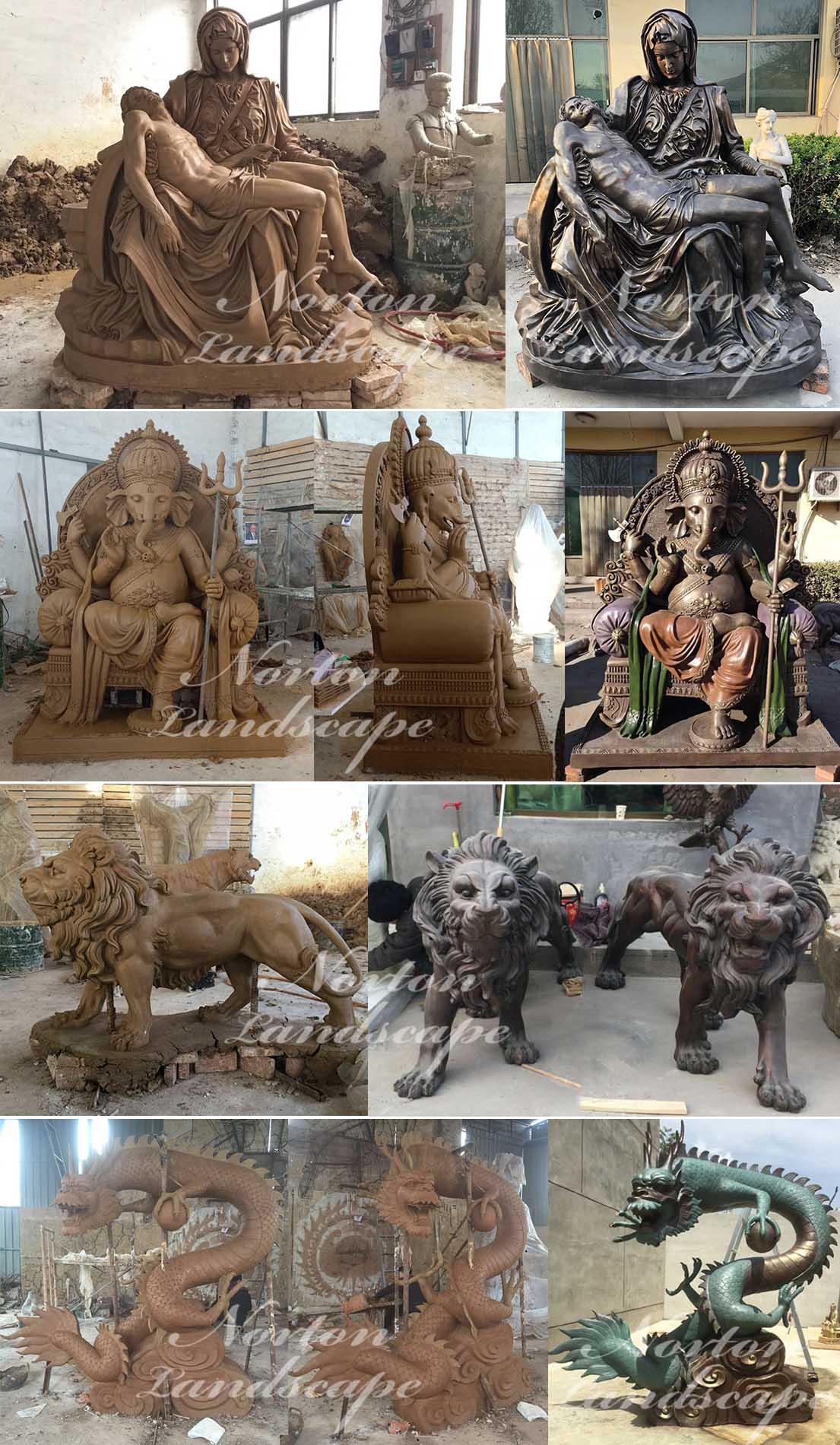